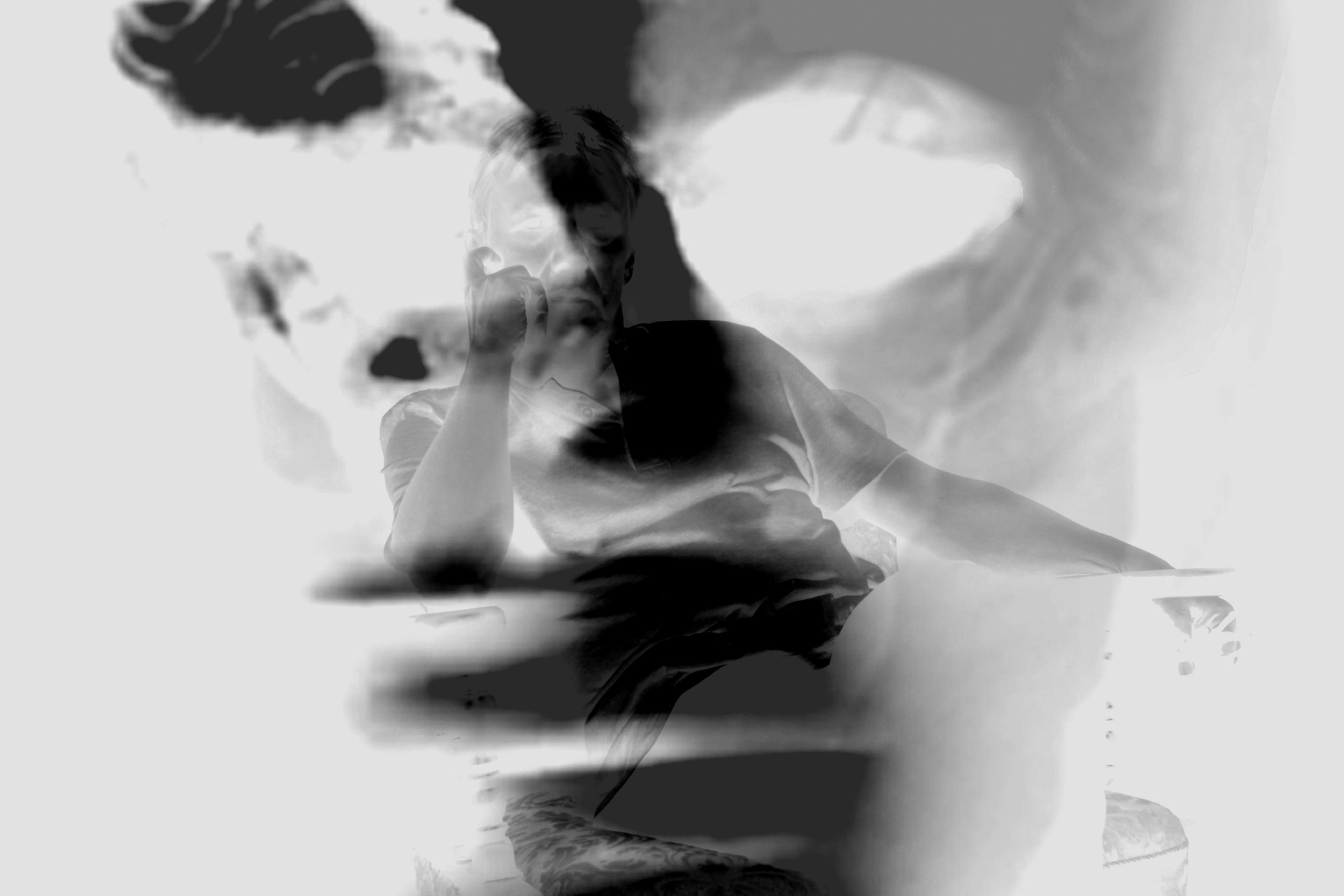 The next issue of Criminal Incidents is centered around the movie character Dexter.

Whilst serving in the police force, Dexter used a pretty controversial method to fight crime. He would eliminate killers who couldn’t be convicted by law, as well as those whose crimes remained hidden and were therefore impossible to catch. Only temporarily, because Dexter was very effective in finding and killing bad people. He wasn’t, however, doing all that within the bounds of criminal law which he used during his day-to-day job as a forensic blood splatter analyst. He was in fact following a code he and his stepfather Harry had established. Can Dexter’s behavior be justified?

The first text in the book discusses the series’ plot and its many dilemmas when it comes to perceiving Dexter as either a hero or an antihero. What is a person really like? What do we mean when we say that we know somebody, and do we really know everything we’re supposed to know about our loved ones? Why does Dexter act the way he does? Is it the influence of traumatic childhood experiences or the free will of a grown man? Is it possible to act differently in the same situation Dexter was in? Dexter is, of course, merely a fictional character and a starting point to a discussion about perpetration, fault, and punishment.

We judge a person not only through the lens of their actions but also their circumstances. We frequently tend to have a certain image of a perpetrator of a crime. We usually condemn them for their offense but there are situations where we’re able to justify their actions or even show sympathy towards them. It often happens when a victim of violence later becomes a perpetrator. When someone experiences violence, it’s often likely they too might one day use it. When a child sees their parents use violence as a way of resolving conflicts, violence becomes the only pattern ingrained in its mind. Does this make it any more justifiable? If an offender admits his crime, shows remorse, and submits to rehabilitation, does it mean he’s become a whole new person? Is he still considered a criminal? Every story of a crime can be told from both the victim’s and the perpetrator’s standpoint. Depending on whose version is more convincing, the same case might be looked at differently.

It’s hard to define a criminal in a social sense. It seems easier to define one in a legal or penal sense, but we have to be aware that we live amongst criminals, since not all of them have been discovered and prosecuted. How many of them will commit a crime only once, and how many of them will repeat it because their actions haven’t been met with punishment? On the other hand, even people who have been convicted and have served their time can go back to committing crimes. What could ensure that rehabilitation is effective? Is a crime merely one person’s choice, or is it a set of circumstances? What if a person is involved in an unfortunate accident? How do we assess things like the level of remorse, the will to right one’s wrongs, mitigating and aggravating circumstances, consequences? Oftentimes criminal cases involve many of those.

The so-called dark figure of crime describes incidents that aren’t included in crime statistics as well as those that were mistakenly included. A person might refrain from reporting a crime because they’re scared or ashamed, or they may feel too helpless to do it. Sometimes a person might be involved in a situation so terrifying it renders them completely hopeless. They’re intimidated, afraid, and helpless. It usually happens because of the perpetrator’s actions. This kind of state can last ages, especially when the victim is subject to physical or mental abuse. The signs of harm aren’t always visible. Sometimes the victim doesn’t ask for help or isn’t even able to use the help offered to them.

A victim of a crime from the dark figure category is very scared. Scared of the unpredictable perpetrator, who’s made them completely dependent through longterm abuse. Scared that nobody will believe them. This is why victims may sometimes act unreasonably, why they stay silent for so long, or why they protect their abusers. Oftentimes, the victim has to protect others because the abuser threatens that they’re going to hurt (or even kill) other people – the kids or the family dog. The abuser may also blackmail their victim with suicide. Sometimes nobody sees what’s going on. Sometimes everybody sees but no one acts.

Sometimes it’s law enforcement agencies and the justice system that don’t act when necessary. This happens in particular when it comes to missing people who later turn up dead. When there are no physical traces available, many cases end up getting forgotten, unless they later happen to get re-opened through police X-Files. These types of crimes are usually completely omitted from official crime data or are included under acts defined by Article 189 of the Polish Criminal Code, i.e. “wrongful imprisonment”. This is an attempt to hide reality and deal with an issue that formally may seem quite difficult but in actuality might be quite obvious. The book describes cases of disappearances that most likely are actually homicides.

Sometimes the perpetrator’s tough childhood or them still being a child causes issues with restoring a sense of justice. On one hand, we expect a criminal justice system that’s friendly towards children and doesn’t put blame on them, on the other hand, we’re well aware that children are capable of committing crimes. Crimes in a social, not legal sense. That in itself is another challenge to face.

Sometimes it happens that a prior conviction influences a person’s further life. The book includes a story of two cases: one describes the stigma one man faced despite being rehabilitated, another one talks about an incident where a convicted murderer committed another killing despite people being certain he wouldn’t re-offend again. Discussions regarding possible biological, social, and situational factors and the ways they shape our behavior appear in several texts. Which component has the biggest influence on a person? What’s the best way to work with offenders? Is it possible to notice red flags about a person’s propensity towards criminiality earlier?

An excerpt from the book The Unforgivable left a lasting impression on us: “He never returned to class. He went out to the fields with a fire burning in his gut. Not that long ago it seemed to him that the world might not be in fact fair and might not always reward honesty. Now he was certain of that. Reality consisted of predators and prey. The former always kept winning, the latter had to come to terms with its miserable fate. That day was the last straw and Gutek made the decision to become a predator as well, the best predator he’d ever seen.” That was a choice made by a young person who had been hurt. Is it really that easy to cross the line between being a victim and a perpetrator? The term psychopath often gets thrown around in contradictory contexts. What are the traits we inherit at birth? What things do our parents and our environment mold in us? What motivates people to obey the law? An attempt to answer these questions and discussions regarding these issues are all included in chapter 1.

The second chapter concerns the measures taken regarding missing people. This theme is ever-present in Criminal Incidents because a disappearance can in fact be orchestrated by a person who has committed crimes and is now trying to cover their tracks. There’s no such a thing as a perfect crime, though some cases are tough to crack. Disappearances that stay unanswered for years are incredibly hard on families. One missing girl’s mother asked whether she, as a mother, must have a heart of steel or stone, since she has to wait so many years for any news about her child. Her case is most likely a homicide but the missing girl’s body is yet to be found. The pain of families waiting for their loved ones to be found is inexplicable. Missing person cases still involve cooperation in several aspects – they require work directly in the place of disappearance, the usage of technology and K-9 dogs, conversations with the disappeared person’s family, drawing from solved cases in order to aid the investigation, as well as consulting psychologists. All these are done to detect signs of deception and to understand the psychological mechanisms behind guilt, denial, contradiction, and fear.

Journalists frequently get involved in searches – they re-investigate forgotten cases as well as those that remain unsolved despite media attention. They present us the possibilities we have when working with disappearances and remind people about those cases. For some, it’s a dose of interesting information, for the families it’s merely adding to the pain of anticipation. For the perpetrators, it hopefully provokes a pang of guilt or at least serves as a reminder that crimes are never forgotten and there’s no perfect crime. Sometimes the perpetrator stays hidden for years. Perhaps it’s thanks to some sort of great disguise or the fact that people refuse to accept that a person of a certain status could be the culprit. The third chapter of the book encourages the reader to consider how the perpetrator’s and victim’s positions influence the possibility of achieving justice. Is it possible to be simultaneously good and bad? Do intentions or consequences matter more? How does the criminal justice system assess that?

The authors of the publication include persons involved in areas such as fighting crime as well as protecting and supporting victims and their families. These are members of law enforcement agencies, parole officers, members of search groups, journalists, legal experts, scientists and practitioners in the field of criminology. Some texts are of a strictly scientific nature, others describe issues within actual activities and unsolved cases. That’s why certain texts are written according to the rules of academic papers whilst others are more conventional or include reports from actual activities. Dariusz Piekarski, whose artwork accompanies each text, is of course included as one of the authors. A moment of reflection is necessary when pondering crime, fault, and punishment. At the same time, it’s worth noting that Dexter is a very decent crime series with many fans. An intriguing protagonist, an unconventional and thought-provoking plot set in the realities of the 21st century multicultural American social landscape, excellent dialogues, and characters with strong personalities are some of the show’s qualities. Dexter is, however, first and foremost a motion picture, a fictional creation. It is at the same time a show that, owing to its popularity, encourages socially relevant discussions. 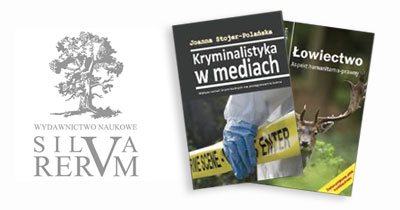